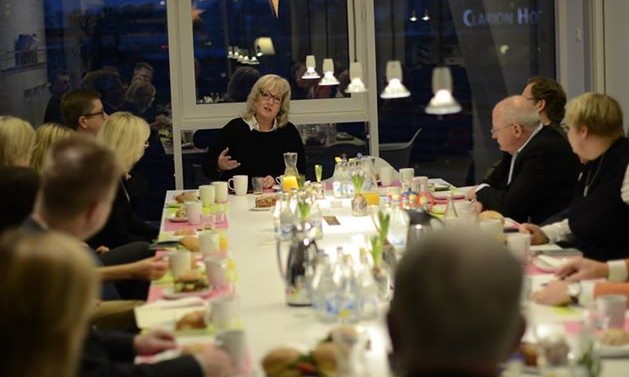 This morning Six Year Plan arranged a breakfast conversation regarding business opportunities in Africa, with some 25 people attending.

Erica Bjerström, journalist at Sveriges Television (the Swedish national public TV broadcaster) who recently published a well-received book on Africa (“Det nya Afrika”) started the discussion by talking about our obsolete image of Africa and the key drivers of African development. Peter Stein, economist and well-known expert on Africa, described the great growth potential. Emil Uddhammar, professor in political science and entrepreneur (“Mitt Afrika”), underlined the necessity of sustainable political institutions and elected politicians who are accountable to their voters.

Gunilla Carlsson, Swedish minister for Trade and Development for seven years until October this year, stressed the importance of adapting trade, investments and aid to the growing African markets without patronizing or pushing for our Swedish ways of doing things: This is an aspirational continent, eager to be part of the global economy but also doing it in a way that suits them.

Judging from the conversation the business potential for Swedish companies are great. Many, such as Ericsson, Saab and Sandvik, have been there for a long time.

Thank you all for coming and see you again soon. Photos can be found here.