We went to Beijing…

We went to Beijing…

Six Year Plan visited Beijing 11-15th of January for a few intense days in the Chinese capital with the aim to further our understanding of the conflicting developments in Chinese politics and business, as well as catching some of the famous sights. Our colleague Marit Mitteregger writes about the company’s visit in the Chinese capital.

Marit, Mico and Paul outside the Swedish Embassy

The first day began with a visit to the Swedish Embassy in Beijing where we met with Minister Counsellor Per Augustsson, Head of the Politial Section Lena von Sydow, Head of Economic Section Maisoun Jabali and First Secretary Cecilia Anderberg. After the traditional Swedish coffee, we were treated to interesting presentations from the officers from the economic and political sections. We also got a chance to ask some questions about what challenges and opportunities the Swedish government see regarding Swedish business interests in China.

Our Managing Director Pär Uhlin with Minister Counsellor Per Augustsson

Following the theme from the embassy we then had a meeting with Peter Ling-Vannerus the head of SEB in Beijing, about the SEBs forecast of the Chinese economy.

Next day began with a visit to one Chinas largest start-up incubators TUS Star, located in Tsinghua University Science Park. Lin Jian the Assistant President walked us through the organizations method for creating successful Chinese start-ups. Their method has resulted in more than 14 successful IPOs since 1999, that’s impressive! 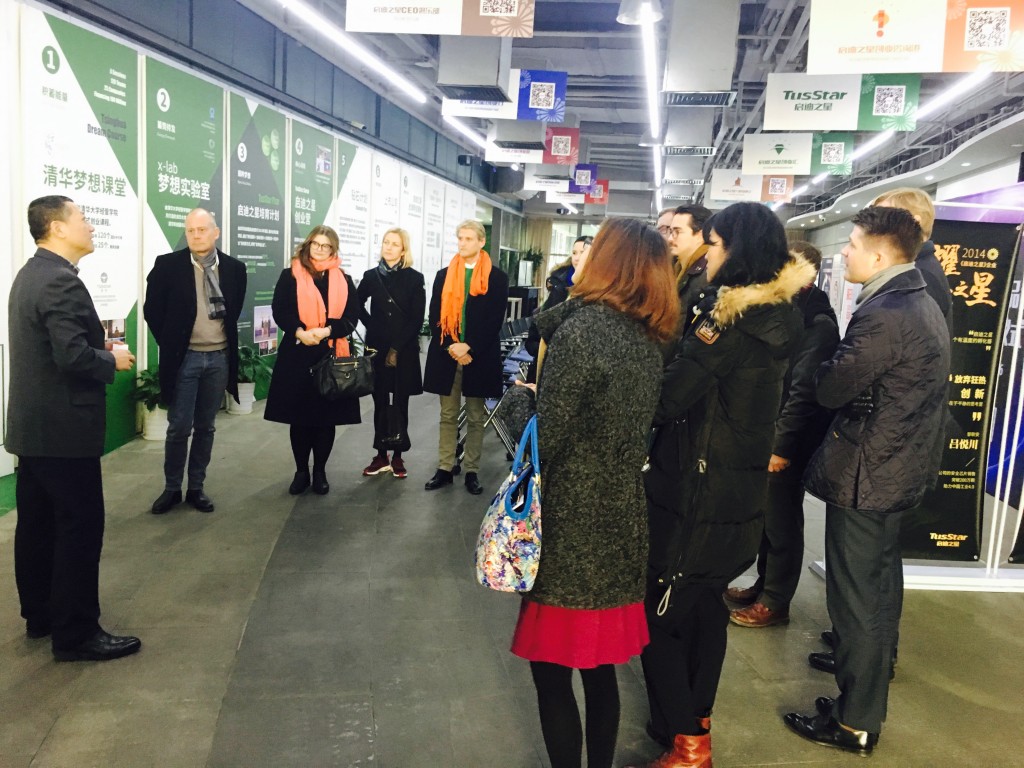 Then it was time to learn all about successful social media marketing a Good Idea Media. GIM is one of Chinas largest social media agencies and count Dolby, Swarowski and Tencent among their clients. Founders Stephy Liu and Gigi Liu (no relation!) gave us a presentation of some of their most successful cases and a run-through of the Chinese social media landscape. 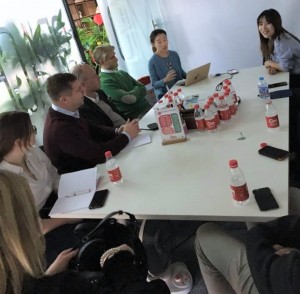 With Stephy and Gigi at Good Idea Media

The last company on our list was the internet payment company Yeepay. Founded already in 2003 it was the oldest company on our visit. Yeepay provides tailor made online-payment solutions to some of the biggest companies in China. Founder Chen Yu gave us a tour of their large offices and some interesting conversations about the future of e-payments in China. 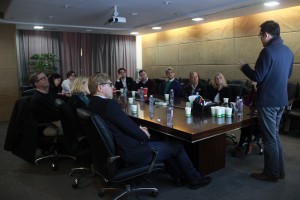 Listening to the founder of Yeepay – Chen Yu

The sun and blue sky made a welcomed appearance on our third day when we visited the Mutianyu Great Wall and the Forbidden City. It’s always an impressive sight whether you have been here before or not. 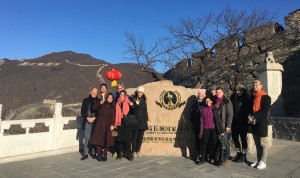 Sunny and happy at the Great Wall

Our trip ended with a cooking competition at The Hutong. After eating so much delicious food it was really fun to learn how to cook some dishes at home. 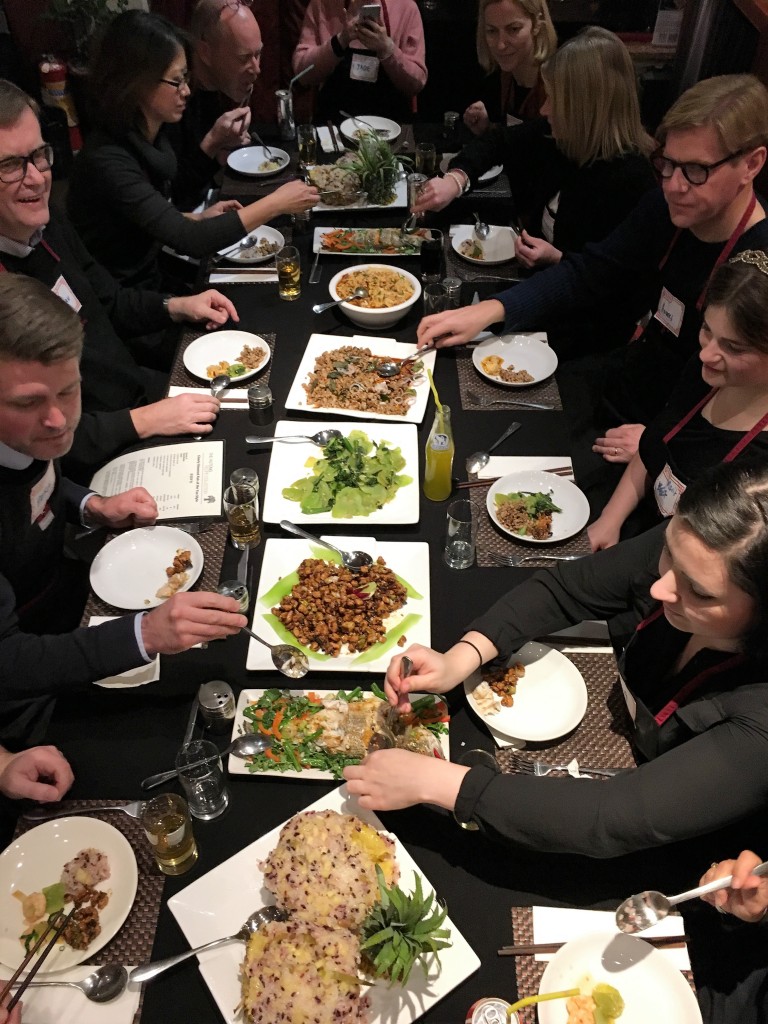 China has experienced unprecedented economic growth during the last 20 years and Beijing is a real testament to that. Old Hutongs neighbour brand new skyscrapers, Bentleys and motored tricycles travel side by side in equal numbers. We also hosted two dinners attended by local officials and business partners that gave us the opportunity to discuss our reflections in depth. Here are some of my own:

The quick economic growth is particularly visible when looking at smartphone usage. New ways of ordering and paying for products and services exist in China that haven’t had the opportunity to develop in the western world, owing to traditional structures regarding banking and commerce. You can order and pay for anything using your smartphone and WeChat. Food, electricity bill, taxi rides, the list goes on and on. QR-codes are everywhere, even at the smallest farmer’s market. It’s impossible to gain any market share in China without having a well-developed mobile platform and providing customers with your service through their phone, preferably on WeChat. Over 80 % of the young Chinese population uses WeChat at least once a day.

New regulations regarding business in China are often swiftly and effectively implemented. It’s important to have local knowledge about the government politics and how the current 5-year plan could affect your business or provide you with new opportunities.

Two weeks before our stay Beijing was hit with the worst smog in the city’s history. Everyone we met were eager to discuss the pollution problem and how Swedish industries could help. There were also discussions about the millions of migrant workers and the children who are left behind. Beijingers are very aware of the challenges China are facing in the future. There is a great deal of incentive from both the state and private companies to be a part of the solution. For example, there is now an ambitious public bicycle program in Beijing and charity organizations have created a flurry of apps that help connect migrant workers with their children. Providing goods and services that deal with environmental and social issues is a huge business opportunity in China.